Despite being a genre, that of the still life, which finds great success in classical art, as regards instead the last century, the lesson of Cézanne and that famous indication given in 1904 (two years before his death) to Emile Bernard: “Traitez the nature for the cylinders, the sphère, the con, le tout mis en perspective”, to which entire generations of artists have referred.

Piero Marussig, in the second decade of the century, confronts the genre of still life with structures of inclined planes and with strong dissonances of lines and volumes, indebted to the secessionist lesson, and which transmit to the composition sensations of tension also psychological. In the Thirties, instead, he returned to a more schematic representation of the domestic and everyday interior, adapting his palette to the lesson inspired by Cezanne: this still life demonstrates this, in which every object – the bottle, the symmetrical axis of the entire composition; the dissected lemon; the bunch of garlic, the kitchen hammer – are set according to the models provided by geometric solids such as the sphere, the cylinder and the cone. Marussig creates an emblematic work for that feeling of knowledge of the real, conducted through the search for an empathy with the object that, by stratifying the different stages of perception, comes to grasp its emotional essentiality. 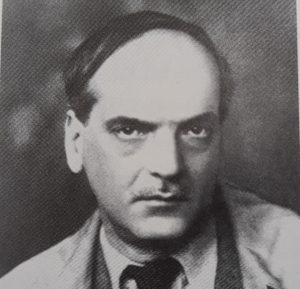 Of wealthy bourgeois family (his father was a collector of art objects), Marussig travels to Munich, coming into contact with the most significant exponents of the respective Secessions (from Lovis Corinth to Klimt). He also goes to Paris, where he is particularly impressed by the works of Van Gogh and Cézanne, the latter destined for a lasting influence on his work. In the post-war period he abandoned secessionist influences and moved towards the search for new volumes and consolidation of forms. In 1920 he was in Milan, one of the founders of the Novecento group (1923), and participated in all the most important events organized by this movement. In those years his language reached a high degree of perfection in the plastic play of volumes, in which the color acquires a firm purity by means of a calm and restrained chiaroscuro. There are frequent themes related to family and bourgeois life, as well as still lifes and portraits of women. In 1930 he founded a free nude school in Milan with Funi and Timo Bortolotti. In 1934 his painting goes beyond fast and impressionistic pictorialism and returns to a more precise and complete drawing.