Since his very first artistic activity, the young Toti Scialoja has been in contact with the Galleria della Cometa in Rome, led by Corrado Cagli and Libero de Libero and wanted by Countess Mimì Pecci-Blunt, a true forge, in the second half of the 1930s, of the new tonalist and expressionist art. Through de Libero and above all Cagli, the artist begins to know and study directly the new construction methods of the art of Mafai, Mirko, Afro, Levi, Guttuso and others who, together with Cagli himself, will soon become his primary stylistic knowledge of reference. A series of influences that will accompany him in his artistic evolution and in the production of many drawings first and then small figurative canvases, characterized by a suffered sign supported by an acid color, fragmented, very timbre. A color constructed by means of minimal overlapping brushstrokes from which, however, the subsequent overcoming (mid-1940s) of the chromaticism typical of the Roman School itself seems to already transpire, with a pictorial production that reflects and highlights the international influences of Scialoja. Ensor, Soutine and Van Gogh in particular. 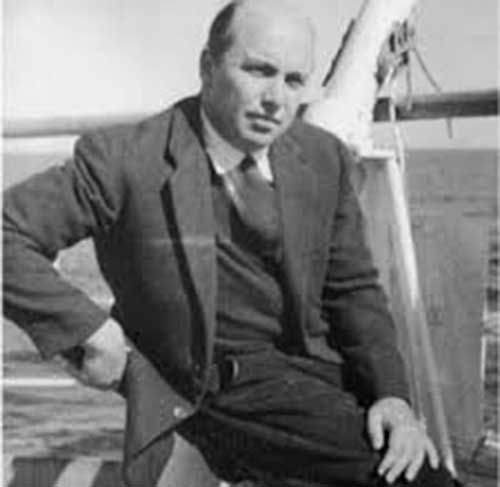 But the artist’s research continues, leading him to superimpose two of his pictorial passions: the aseptic rigorism of Morandi’s painting, with which Scialoja also has an interesting correspondence, and the deconstruction of the form of the works of the analytical cubism of Picasso and Braque. In the painting of this period (late 1940s-early 1950s) Scialoja, in fact, tends more and more to conceal form, shatter objects and visible data for that “abstract composition”, as the artist then specifies and which he will define, at starting from the mid-fifties, his new, original artistic language. Just this new artistic research characterized by an “abstract composition” is evident in the work presented here, executed in 1954 and donated by the artist the following year to the American art historian Milton Gendel, who in the summer of 1955 exalted the talent by the young Roman artist, reviewing his latest pictorial works in an article (“Scialoja Paints a Picture”) published in the New York magazine ARTnews, a magazine that contributed greatly to making Italian artists known in the USA.