Oil on wood 58 x 47 cm signed on the top right and titled on the back, where the signature and address (Via Tadolini, 3) of the painter’s studio also appears.

Maceo Casadei, one of the major Italian artists who continued to act in the late nineteenth century, was nourished with French lymph and grew up in contact with the tradition of Lyon landscape painting. Nature is filtered by sentiment, passing from the sketch effects of the en plein air to the more robust realism of the interior compositions, still lifes and portraits.

Just the search for impressions from life, experienced by this master of the twentieth century, able to untangle himself with authority in the succession of fashions and “isms”, along the most turbulent century in the history of artistic practices, constitute a shining proof of the painting presented in this headquarters. A profile representation of a serving girl from the Romagna countryside who, if on the one hand, recalls the Roman medals and Renaissance portraiture for the choice of the angle adopted, on the other hand, evokes the feminine Fellini imaginary. The decisive, marked features, the robust and solid profile of the maid, the plump lips, recall the mythological, legendary and supernatural incarnation of Romagna femininity. 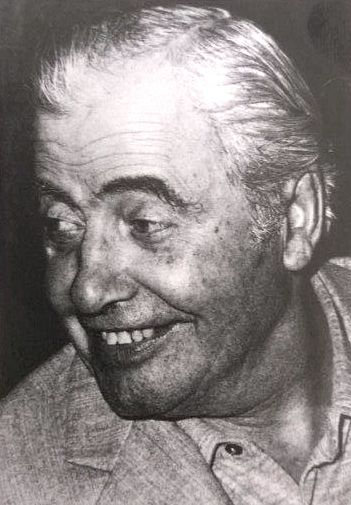 Born in Forlì in 1899, the young Maceo begins to paint with Giovanni Marchini. In 1912 he emigrated with his family to Lyon, where he carried out artistic studies. He was called to arms in 1917 in Trentino as a regimental machine gunner. On the return of the front he stayed for some time in France, then returning to his hometown. Here, during the 1920s, he actively participated in the initiatives of the Cenacolo Forlivese and worked mainly as a performer of theatrical scenes and as a decorator. In 1934 he was hired at the Istituto Luce in Rome in the cinematographic make-up department and in ’41 he was appointed reporter to the front in the “War Department”. During the service he makes thousands of photographs and pictorial “impressions”, some of which are exhibited at the “Il Milione” gallery in Milan in 1942. After the war, Maceo stayed for some time in Venice, before his definitive return to Forlì where he soon represented most prominent figure in the artistic life of the city, also as a promoter of cultural events. Until late age he carries out intense artistic activity, with a vast pictorial and graphic production. After his death in 1992, numerous anthological exhibitions were dedicated to him in the Forlì and Romagna areas, catalogs and monographic publications.