Oil on canvas cm 60 x 45 signed with monogram in the shape of a skull, dated (1916) and dedicated (“ad Annetta Andrè per l’amicizia di Gino”) upper left.

The figure of Galileo Chini is practically unique in the panorama of Italian art between the nineteenth and twentieth centuries. Multifaceted and precocious personality, he engages himself in an excellent manner in every aspect of art. Great decorator, sublime ceramist (he founded the manufacture “L’Arte della Ceramica” and later “Le Fornaci San Lorenzo”, introducing Art Nouveau in the Italian tradition), illustrator, set designer (his scenes of the first Turandot by Puccini), urban planner, a painter with a strong personality that ranges from Symbolism to Divisionism, up to a darker and expressionist final phase. An artist of European standing, he takes part in all the major international exhibitions (London, Brussels, Ghent, St. Petersburg among others) and in Italy at the Venice Biennials and at the Rome Quadrennials. He decorated important public and private buildings, and in 1911 he left for Siam, called by King Rama V to decorate the interior of the new palace of the Throne of Bangkok, where he made his most extraordinary decorative work.

The three-year stay in the East, as noted by Fabio Benzi, develops in Chini the meditative and transfiguration vein of reality in subtly veined chromatic rhythms, in images permeated by an unrestrained inner transport, which frees the pictorial pastas lightening them in divisionist touches that register not the division of color but the permanence in the consciousness of a glow, of a sensation. 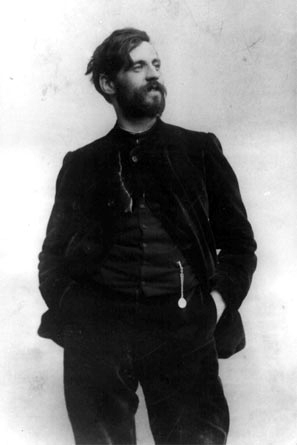 The inner monologue, the sensitive spirit open to all circulation of intellect and sensitivity, are the constants of Chini’s paintings, like those of his European counterparts: Bonnard and Vuillard in France, Grant in England, Corinth in Germany. Galileo Chini, after the great international successes of the first decade of the century, develops more and more a character that leads him to the solitary choice of painting, almost definitively abandoning the great decorative deeds to a fresco that he still leads in the Twenties, in cycles that confirm it one of the best interpreters of the Italian Decò. In 1930 he held a large solo show at the Bernheim-Jeune gallery in Paris, the largest European gallery presenting this trend, and continued his pictorial activity by painting a series of still lifes in secluded solitude, characterized by a lyrical and sensuously melancholy lyrical intimism, presented to the various editions of the Venice Biennale.

It is to this last theme that the painting presented here belongs, in which the casket and the glass container, from which hangs the sinuous shape of a feminine necklace, are the echo of the atmosphere breathed by the painter during his stay in Thailand. The mellow color scheme of the flowers, triumphs of pure colors poured onto the canvas by the artist’s brush, placed inside an extremely elegant vase with a long, thin neck, close the composition, all played on the soft veiling and luministic transparencies typical of Chini’s production of 10 years of the twentieth century. The painting also represents, in virtue of the dedication reported by the author in the upper left, a testimony of Chini’s link with Gino Coppedè: in fact, a few years earlier the two had worked together on the construction of the Castello di Lupinari, located in homonymous hill town of the municipality of Bucine, between Ambra and San Leolino.