The artistic work of Biagio Biagetti, painter of cycles of large-format frescoes of sacred subject – remember, by way of example, the decorations of the Slavic Chapels and of the Crucifix in the Basilica of Loreto and of the Chapel of Santo Stefano in the Basilica of Sant’Antonio in Padua – and since 1921 first director of the Vatican Museums, is one of the most interesting of the first half of the twentieth century. The beginnings of Biagetti’s artistic career are linked to his relationship with Ludovico Seitz, a painter committed to frescoing, in the late nineteenth century, the great German chapel of the sanctuary of Loreto. Seitz, who stayed for several periods in a pension owned by Biagetti’s father, soon discovered the artistic talent of the young Biagio and encouraged him to enroll in the Institute of Fine Arts in Rome. In 1900 Biagetti graduated brilliantly and, back in his town, he began to obtain assignments from families in the area, such as the Counts Leopardi and Massucci di Recanati and the Emiliani of Montelupone, for whom he painted in 1906 a cycle of frescoes entitled “The history of bread”, also known as” The Four Seasons”. 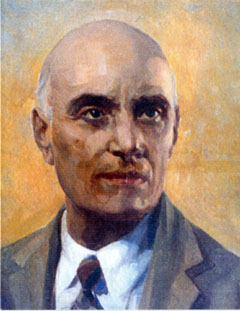 The whole of the decoration is a picturesque, very realistic, spontaneous “picture” of the Marche country life of the time. The four paintings into which the work is divided, the four seasons precisely, cannot be said to be the continuation of the other, either due to the arrangement on the walls of the room, one per wall, or due to the substantial difference in the environment and therefore of color: they are, instead, four distinct and separate paintings that nevertheless constitute a homogeneous whole in which the human element is connected, the country man who, at the time of the planning and execution of the work, is still the driving force of the regional and national economy. The four tempera presented here are similarly expressive, preparatory cartoons of the frescoes created for the dining room of the Emiliani palace in Montelupone, awarded with the gold medal at the National Exhibition of Macerata in 1905. The four seasons interpreted through the vegetative cycle of wheat, from sowing to the production of bread, framed by supple Liberty branches, reveal the eclectic culture of the Piceno master.