The figure of Antonio Senape is one of the most prolific Italian landscape painters of the first half of the nineteenth century. However, the almost total lack of information on life is reflected in the considerable quantity of drawings produced by the artist: his activity is not mentioned in the biographical repertoires and is also absent in the various landscape painting studies of the 19th century. The date of birth, 1788, is derived from a document dated 1815, recently found, in which Senape himself declares to be twenty-seven and to live in Rome. That he lived almost until the middle of the nineteenth century is documented by his numerous views describing buildings made at that time. In one of the master’s depictions centered on the Gulf of Naples, in fact, the Naples-Portici railway is illustrated which was actually inaugurated in 1839. One of the first in-depth studies on the Mustard dates back to 1988, dedicated to him at an exhibition held in Rome.

Concurrently with another exhibition organized in Naples at the end of 2006 and dedicated to the Campi Flegrei, further updates on the personality of this interesting and yet elusive protagonist of nineteenth-century landscape painting have been published. An aid to reconstruct some passages of the painter’s life is given by the very numerous inscriptions he used to put in his drawings, writings that indicate the place depicted, his full name, the address of the house and sometimes the precise date of running. This practice, in reality, seems to have been very much in vogue among contemporary gouache authors and aimed at the direct sale of graphic works. 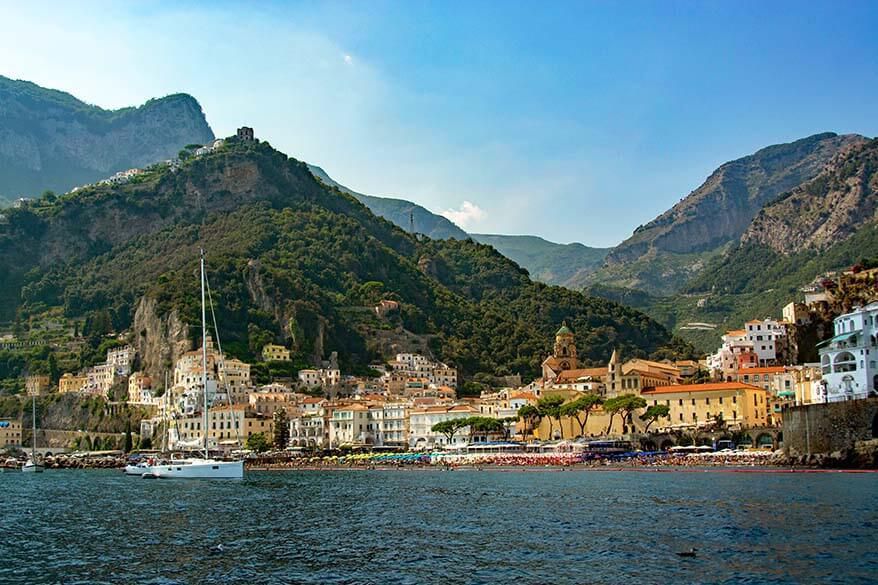 It is always Senape who informs us about his activity as a restorer and above all as a teacher of “drawing with a pen”, as can be seen from a phrase taken from one of his albums. Probably the students were amateur tourists who admired the local landscapes designed by the artist, who probably practiced teaching as a secondary activity, mainly engaged as a vedutista on commission. Roman by birth and Neapolitan by adoption, in fact, Senape performed views of an extraordinary number of Italian cities and towns, as demonstrated by the three views presented here, dedicated to Amalfi, Marina di Vietri and the ancient Temple of Serapis of Pozzuoli, works that stand out for their topographical accent combined with an anecdotal taste that lightens the views, made with soft chiaroscuro and chromatic passages.